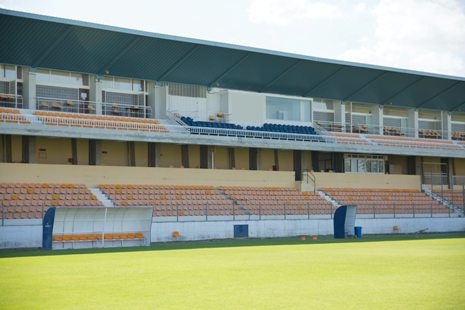 It is very sorry to inform the Pakistanis fans that not even a single match was won by Pakistan in ICC World Cup Events. The match which was played on 24 Oct 2021 in Dubai has broken the record of winning the match in the ICC Men’s T20 World Cup 2021. This match also made a record of beating the strongest team India by 10 wickets. It is the first time in history that India has been beaten by any team by 10 wickets in T20 Internationals.

This was such a great match whose tickets were sold within just 2 hours. This was the same match for which all the audience of the world wait.

It was the 9th match according to the schedule of the ICC Men’s T20 WC 2021 in Dubai. All the fans were waiting for the great match. The Indian team was the favorite with a greater percentage before the match. Pakistan won the toss and elected to bowl first. Both teams were in high spirit as it is said that Pakistan has the strongest bowling side in the world. This is what happened on the ground of Sharjah. Pakistani bowlers proved the analysis write. All the bowlers participated well beating India. The wicket-taker Shaheen Afridi has played a key role in the victory of Pakistan. He has taken 3 wickets for just 21 runs in 4 overs. The great batting of Babar Azam and Muhammad Rizwan led Pakistan to the great victory. The opening partnership was enough to chase down the 152 runs 13 balls in spare.

Views of International Players about Pak Vs India Match

Former Pakistani Cricket team selector and captain Inzmamul Haq have said, “if Babar Azam kept playing with the same spirit he can break all the records like this. Pakistani team played the match like a champion”.

Former Australian spin bowler Shane Warn mentioned in his tweet that green shirts have shown great performance on the ground. After winning this match great match he said, “Pakistan is my favorite team in this world cup".

Former English captain Meckel Warn has said Congratulating the PCB. It is the way to knock out the favorites.

Irfan Pathana former cricketer tweeted, “I am hurt that our neighboring team played very well but I assured that India will come back"

After beating the great rival India Pakistani fans are looking forward to the new great adventure in the form of the Pak Vs Nz T20 Match. This match is also important for the Pakistan team and fans because New Zealand Cricket Team recently returned back to New Zealand without playing a single match. The cricket team of New Zealand tour to Pakistan was arranged after a great struggle of PCB and ICC but the New Zealand team did not play any match due to so-called security reasons. Pakistani officials assured the New Zealand team to provide them with great Presidential level security. There was no security risk in Pakistan according to ICC and International agencies.