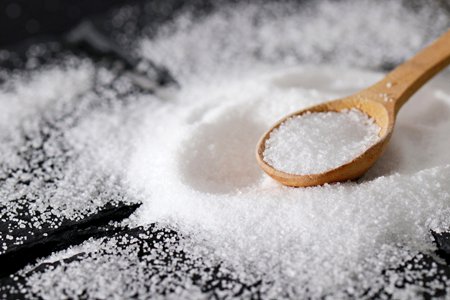 Before reading about salt's effects on health, it is important to know about the basics of salts, types, and chemistry of salts. Salt is an ionic compound because anions and cations are both types of ions found. Sodium and chloride ions are the main compounds in the salts. The sodium ions are charged positively whereas chloride ions are negatively charged, in a result ionic bond is formed. Salt also known as NaCl means sodium chloride. The combination of chloride and sodium is 60 and 40 percent respectively.

Salt is a compound of sodium and chloride. It is also called sodium chloride.

Most Notable Types of Salt

There are many types of salt. Some of them are given below here.

There is a frequently asked question of what is nutrition facts about salts. We will discuss the nutrition value of 100 grams of salt.

It has often been noted that doctors suggest eating salt in fewer amounts. It is because sodium is the major element of which salt consists. According to a study, salt plays an important part in maintaining our health.

Salts also help to maintain the electrolyte balance and hydration level. It is necessary to keep hydration level balanced as it helps against to sun the function of the body properly. The cells, muscles, and tissues in your body require a good amount of fluid. So, salt is beneficial to provide them with these fluids.

Beneficial for the Function of Thyroid

As you know that thyroid plays an important role in metabolism. Iodine is an element that is helpful in maintaining the function of the thyroid and its hormones. If your body is unable to produce a good amount of iodine or you don’t intake iodine, your thyroid gland will be enlarging. You may also face some other problems due to deficiency of iodine like constipation, fatigue, and difficulty in thinking.

People who are living with cystic fibrosis lose salt in the form of sweets than the normal person. To avoid dehydration, such people need to drink more water and fluids. You should consult with your doctor before taking a greater amount of salts.

Side Effects of taking too much Salt on your Heart

Increase the risk of cancer:

According to recent research, a high amount of salt can cause the dangerous disease "Cancer". It is important to know about the Stomach Cancer link with Salts.

Cancer is a very common and well-known disease worldwide. Gastric cancer and stomach cancer are the names of single diseases. The fourth most common and leading type of cancer death in the world. A number of researches about the effects of salt or salty diets especially vegetables and salty meats increased the rate of gastric or stomach cancer.

In a study in 2016, a larger number of individuals almost 40,000 Japanese selected, preferred to eat salty foods. After research, researchers found that people who preferred salty food had a 30 percent more risk of gastric cancer as compared to others. No conform reason is well known for this but some ideas are there given by different scientists.

Helicobacter Pylori is a bacteria found in your stomach. If you take more salts in higher quantities, the growth rate of H. Pylori bacteria may be increased. This growth rate of H. Pylori bacteria can be dangerous for your stomach. The increased growth rate of this bacteria can cause gastric ulcers, and inflammation, and ultimately leads to stomach cancer. So, it is important to avoid taking too much quantity of salts in your daily routines. Always prefer to follow the standard quantity of salt in your daily life routines.

Kidneys in our body excrete an extra amount of sodium which is not needed. So, if you take an extra or greater amount of salt your body will not be able to filter the sodium of your body. This means you may face the problem of bloating and water retention.

When you are taking sodium in a higher amount you are making your body deficient in calcium. If your body excretes the sodium through urination, your body will take calcium from your bones. As a result, your bones become weak due to the lack of calcium.

Consuming extra salt, you may feel your own measurement in your thirst. The food items which are packed with salt may disturb the Sodium-water ratio. You feel dryness in your mouth. In case of gargling in the condition of sore throat, you will also feel the dryness of the mouth.

May Increase Risk of Dementia:

High use of salt may cause hindrance if blood flow. Consumption of salt increases inflammation which leads to oxidative damage.

Salt may have a direct side effect on skin like skin irritation. Salt weakens the immune system to release T-cells which further leads to a hyper-inflammatory response. It also leads the problem like arthritics and also asthma.