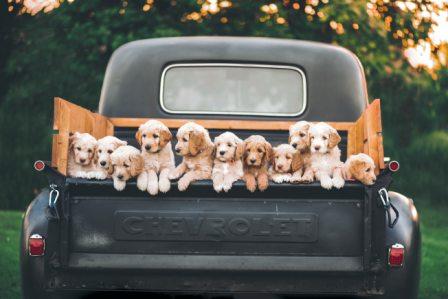 The immune system of a pet consists of mainly antibodies, white blood cells (WBCs), and some other substances that combat infections and refuse foreign proteins.

A dog requires an immune system as the basic role of this system is to protect the animal body against abnormal cells or foreign invaders that attack it. In order to immune an animal, this system must differentiate between “self” & “non-self.” By identifying chemical agents, invading microbes (like viruses), or other substances that are “non-self,” the animal’s body can save itself from its attack. The normal immune response consists of identifying any foreign agent, mobilizing to defend, and then attacking it.

To kill invader microbes, the immune system of a dog must first identify these microbes. It can make this differentiation as all cells have specific markers on the surface that help to recognize each type of cell. Any cell with markers on its outer surface that aren’t similar to those markers on the body’s own cells of a dog is recognized as being a foreign body. After recognition, the immune system attacks that foreign cell. Many white blood cells (WBCs) as B-cells identify invaders, and antigens directly. As a B cell identifies and makes a complex to the antigen, the B cell generates antibodies, which occupy the outer surfaces of the bacteria or virus to stop it to infect other body cells and multiplying. This phenomenon is known as neutralization. These antibodies mark the strange nonself bodies so that other components of the immune system in the body can identify and kill them. To avoid incompatible immune responses of the immune system, B cells require approval from helper T cells to make these antibodies.

T helper cells are one of the types of white blood cells (WBCs) that also require help from the cells that engulf the foreign invaders and tear these invaders into fragments. These fragments are then given to the T cells so that these T cells can identify and kill them. These T helper cells are Known as antigen-presenting cells (APCs).

Type-I reactions are extensive immune responses of a dog activated by mast cells, antibodies, and eosinophils. This response involves allergic reactions. The most serious allergic reaction of which is anaphylaxis. The common signs are excitement, restlessness, drooling, swelling of the face, abdominal pain, vomiting, diarrhea, shock, difficulty breathing,  collapse, convulsions, even death of a dog.

Type-II reactions take place in a dog when an antibody interacts with an antigen. That antigen exists at the outer membrane of its cells. There is the formation of the antibody-antigen complex. Then it starts a cell-killing series of proteins are known as complements. There will be tissue damage as well as cell death. Any infection in a dog can start this reaction. In the same consequence, antibodies can also target body normal cells. Some dogs seem to be born with more risk of this condition.

Type-III reactions take place in a dog when a lot of antibody-antigen complexes are present in certain body organs. It causes problems to the blood vessels of the body. Many reasons may present for the constant presence of antigens. This includes continuous infections, cancer, as well as long-term exposure to antigens by inhaling.

Delayed hypersensitivity or type-IV takes place in a dog more than one day (24hrs) after the dog’s body is exposed to antigens. Cell-mediated reactions involve many immune cells, like macrophages and T cells. But the other three types of reactions involve antibodies. The antigens which cause the development of Cell-mediated reactions can come from parasites, bacteria, chemicals, viruses, and certain other cells.

Dogs with a poor immune system may have the following problems:

Inflammation of the internal organs

Delay in growth and development

When the immune system of a dog becomes weak, there is a huge competition between foreign invaders and the body defense cells of a dog. The dog will look to be ill. There will be a fight between immune cells and invaders, if body cells kill foreign cells then dogs will be healthy soon. On the other hand, if body defense is too weak then the cells can not successfully kill all invader bodies. This situation may lead to serious conditions. Then dog may prey on disorders ie, bronchitis, pneumonia, ear infections, sinus infections, skin infections or meningitis, etc. There may also be infection and inflammation of the internal body organs of a dog. The dog will experience blood disorders.

The immune system protects living organisms from infection. A dog with a weak immune system may be more prone to frequent infections. When the immune system is gone completely, a dog is without any natural safety against diseases. “Opportunistic infections” are illnesses that can come from microbes or chemicals that normally wouldn't harm. This condition leads your dog to death and there will be no chance to survive.

Keep your dog free from stress