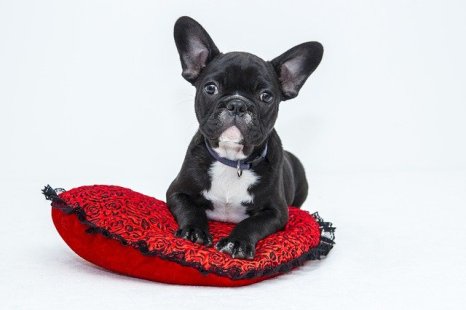 Animal behaviors are highly valuable for animal lovers. So that they may look after their animals and pets with great care. Before talking about the animal’s behaviors you should know what the animal behavior is.

What is Animal Behavior?

“The scientific study of everything which animals or pets do or can do is called animal behavior”. The animals can be single-celled organisms or insects, birds, or mammals. Animal behavior is mainly concerned with the understanding of the following points e.g. functions, atmosphere, causes, food, development, and evolution of behavior.

The study of animal behavior is also called ethology. Within any particular species of animal, certain behaviors can be present in all members of that species. It can be different for some of the members due to the situation, atmosphere, and location.

Why it is important to understand Animal Behaviour

Animal behavior is very important, it works as a bridge between the psychological and molecular aspects of ecosystem and biology. Behaviour is the combination of different links e.g. organism, environment, ecosystem, and the nervous system. Animal behavior has great importance in the life of animals.

Dr. Charles Snowdon, head of the society of Animal Behaviour from the University of Wisconsin explains the importance of animals behavior.

A number of problems in society or human life are often Linked to environment, behavior, and genes. Animal behavior can be problematic for human beings or not depending upon the condition. A study on monkeys and chimpanzees by De Wall shows that both animals have reconciliation and cooperative behavior with social groups. This research was a positive thing and ameliorate hard and tough behavior in human societies. There are also many studies present related to the different necessary actions of animals related to coping for example behavior of coping of actions with prediction and under observation.

US society has more depends upon research results, therefore they want to promote research for the welfare of animals. The law of the United States also requires hearing of physiological needs of dogs. Without proper knowledge and understanding is impossible. Researchers are also trying to know the beheviour of different animals in the field and in labs. Different support agencies are facilitating the researchers to know about the welfare of animals in different aspects.

A close relationship is found between environment and animal behavior. The animal-specific behavior is tell us about how an animal can affect or disturb the environment. Sexual and behavioral changes are much faster and can environment disturb, as a result, population-level decreased. So, in this field research is very important.

The conservation of species is very important especially endangered species. For this purpose, a lot of information is required e.g. migration style, food requirements, environmental requirements, communication, and reproductive behavior of animals. A proper database can help to develop better conservation and protective measures.

A Nobel Prize winner, Charles Sherrington researches the nervous system through observations and deductions. For this purpose, he marked a model of the nervous system where structure and functions are under observation. The work of Sherrington was excellent and support the neurobiological aspects of behavioral observation. Changes in the environment can stimulate or inhibit ovulation and miscarriages. He conducted social and behavioral changes that directly affected the immune system.

Learned behaviors are very essential and important for wild animals as they can survive well in many ways. It is also important for domestic animals for training them. Animals can learn to anticipate that an action will have a predictable outcome through trial and error, such as dogs learning to sit for a treat. This is called operant condition. They can also learn that one event precedes another, such as the sound of food being served, which is known as associative learning. Animals also try to copy while watching others. Identifying behavior patterns enable people to determine when or why animals behave normally or abnormally. These abnormal behaviors might be annoying to the animal owners. For instance, dogs can be dangerous for the owner and his family in their anger.

Now, we talk about the treatment of the animals briefly.

Have you noticed, what happens when one dog approaches another while the dog is eating a bone. Its hair sticks up, it curls its lips and makes a growling noise, it's called aggression. Aggression is a type of behavior that is used to control or dominate another animal. Animals use aggressive behavior to defend their tessitura, protect their babies, or get food.

Animals of some species seldom fight to kill the member of their species they use teeth, beaks, horns, and claws only for killing their prey or protecting and defending from other species. For avoiding getting injured or attacked individually, members of its species animal show submission.

You will have noticed that some of the animals rest at night while others rest during the day. These animals show regular and repetitive behavior.

What is Cyclic Behavior?

The innate behavior of animals in a repeating pattern is known as cyclic behavior. Behavior that repeats in 24 hours is called the circadian rhythm. Animals that are active during the day are called diurnals and others that are active at night are nocturnal. Owls are examples of nocturnal.